I can't stress this enough: I hate Abercrombie & Fitch. They are to fashion what Coldplay are to British rock music - a violation and an insult.

I spent last New Year's with mother and her friends in their house in the outskirts of Los Angeles, they have a dorky son (the bad sort of dorky) who's always had a crush on me. Just as I thought we were going home mother told me we were spending the night, me in the son's room of course. I wore a fantastic YSL dress and decided not to ruin it by sleeping in it. "You can borrow something from me" the son said, when I came back out in a much too short A&F T-shirt the first thing he asked me was "are those Victoria's Secret?"

As if the notion of spending the night in his room wearing the enemy's clothes wasn't enough, he thought it would be a good idea to start a discussion about my panties. I've never felt more embarrassed in my life (and no, they were Marlies Dekkers). 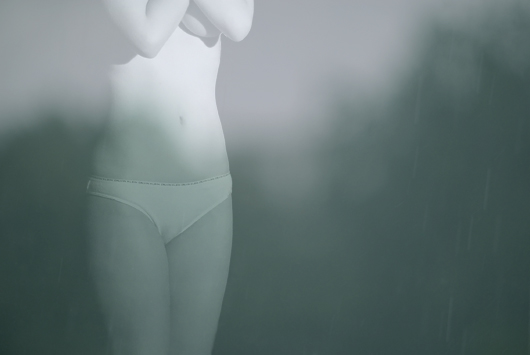 Posted by AVY at 5:22 AM
Email ThisBlogThis!Share to TwitterShare to FacebookShare to Pinterest
Labels: Advent calendar, Marlies Dekkers, Victoria's Secret