When I first met Carl again after that awful night it was as if nothing had changed. He looked just the way I remembered him and we talked about the same things we had always talked about. Still there was so much I wanted to ask him but never did and maybe it was for the best.

He's never mentioned that summer and that house, what I did to him and how it tore us apart. I don't know how he forgave me and I'm afraid to ask, so we talk about everything else instead. "I was so stupid back then" he said once over coffee. "Do you remember how I told you I thought we'd die together. I really did".

And that was it. I looked at him and he looked out the window, we were silent for minutes together before he started talking about something else and I didn't hear a word he said. It was dark outside, we hugged and I watched him walk away and when he turned the corner I collapsed on the sidewalk. Someone carried me home, I woke up in my bed after a dream about fires. 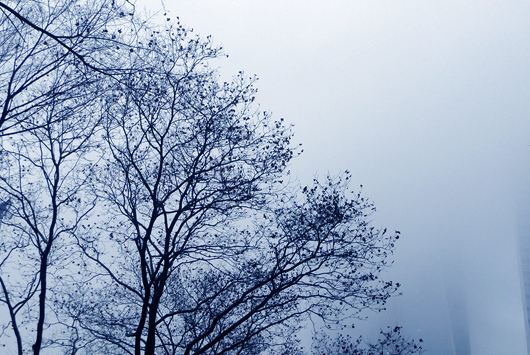 Posted by AVY at 5:35 AM
Email ThisBlogThis!Share to TwitterShare to FacebookShare to Pinterest
Labels: Advent calendar